The Diego Beekman Neighborhood Plan presents an integrated approach to the neighborhood surrounding Diego Beekman by building on existing community strengths and identifying key challenges to the neighborhood. Given the concentrated poverty levels, the overwhelming service demand placed on local providers, and the unique opportunities offered by publicly owned lots, this plan proposes a series of interrelated community-wide and site-specific interventions. 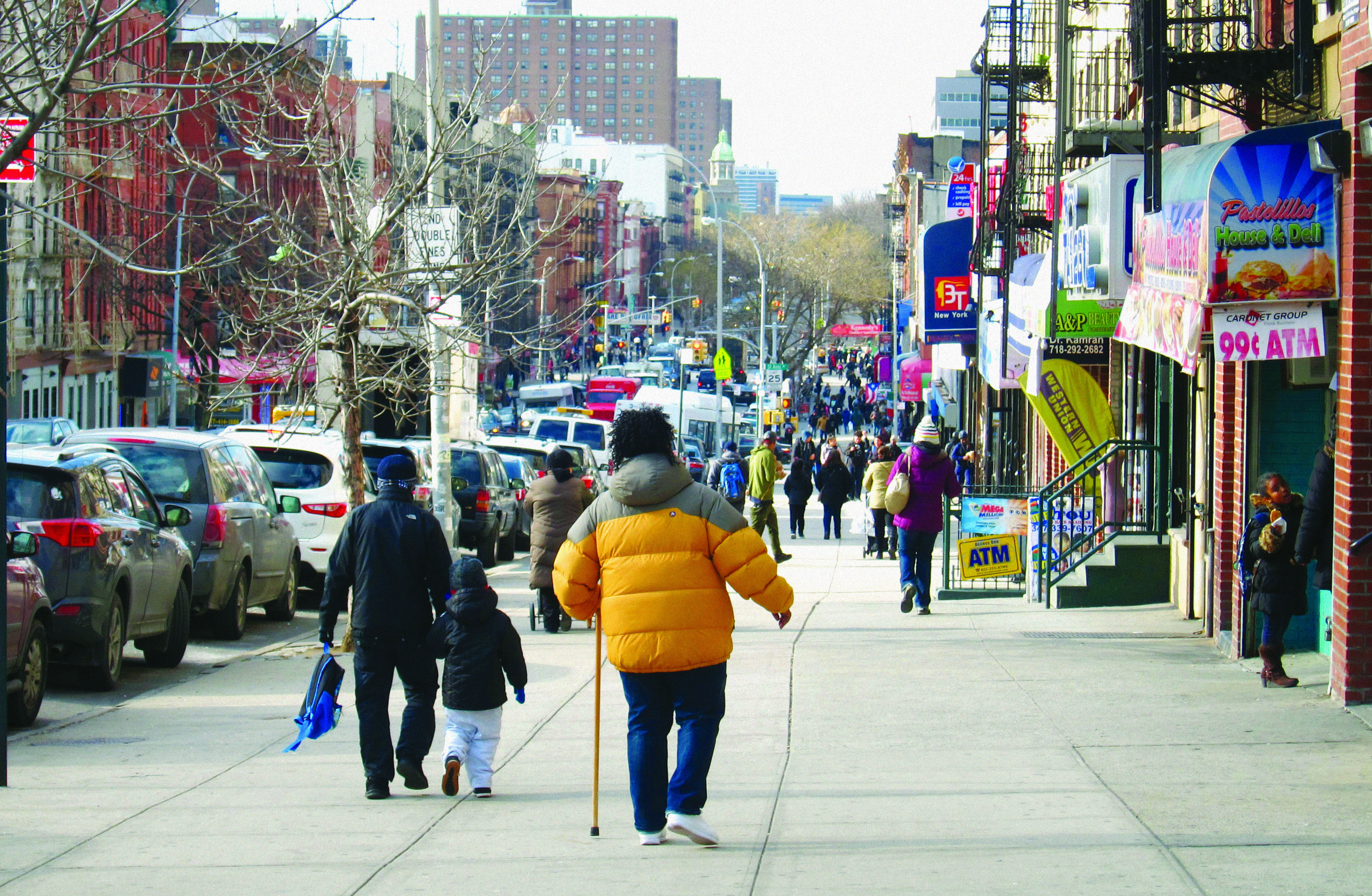 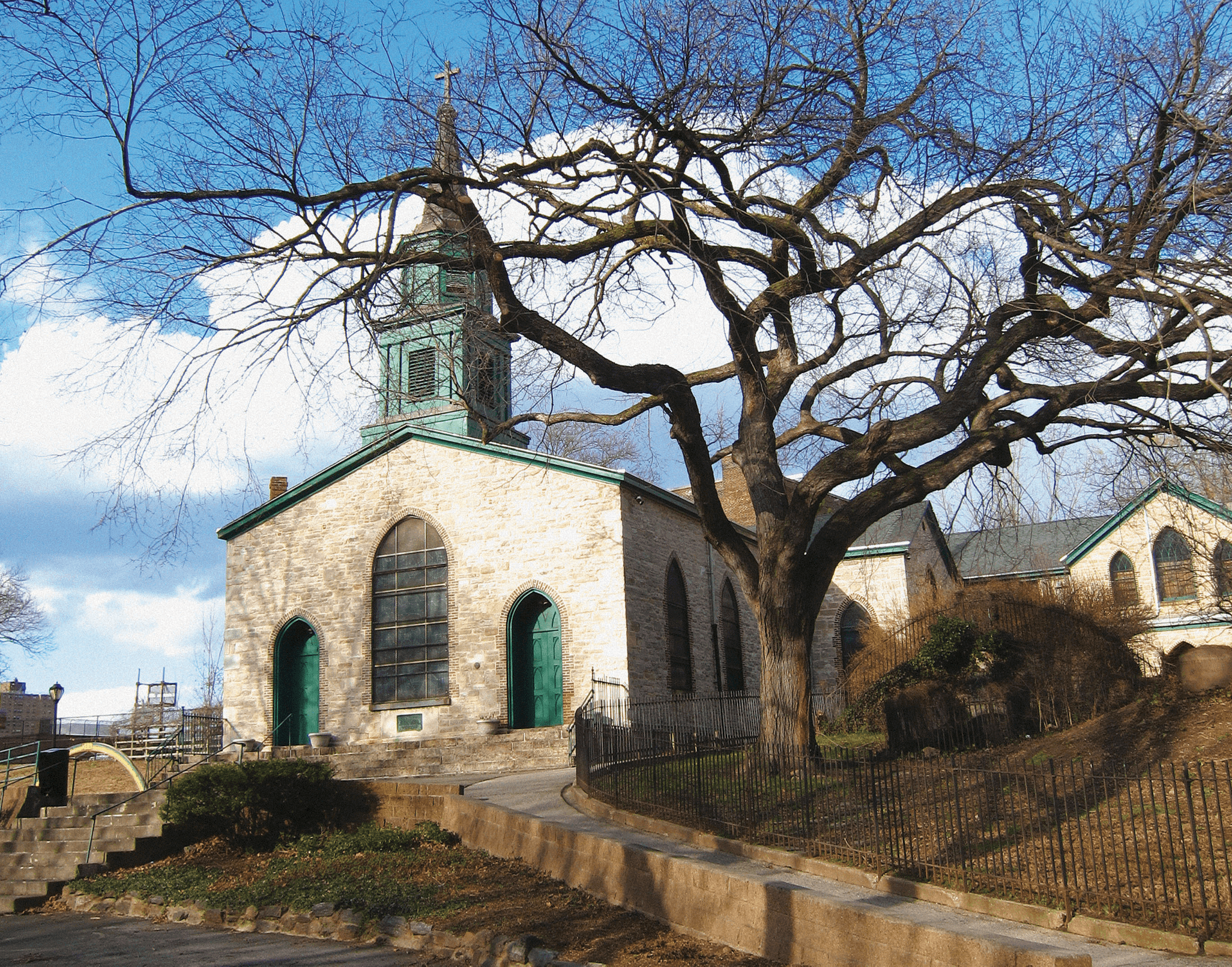 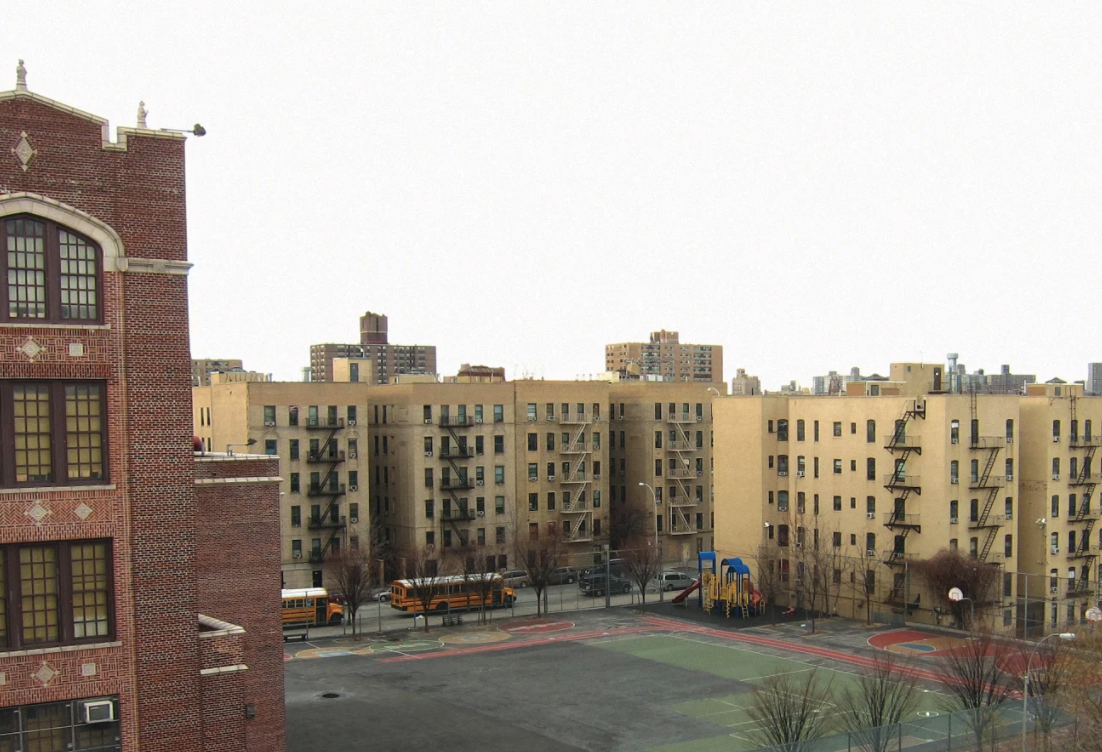 Key neighborhood institutions, like local schools, parks, and subway stations are viewed by many as subpar or dangerous, and avoided or used only out of necessity. A strength-based approach views these as assets that can be revitalized through new investment and adding key services and support. Public control or involvement in these institutions allows for easily-targeted interventions with a combination of existing and new funding streams. 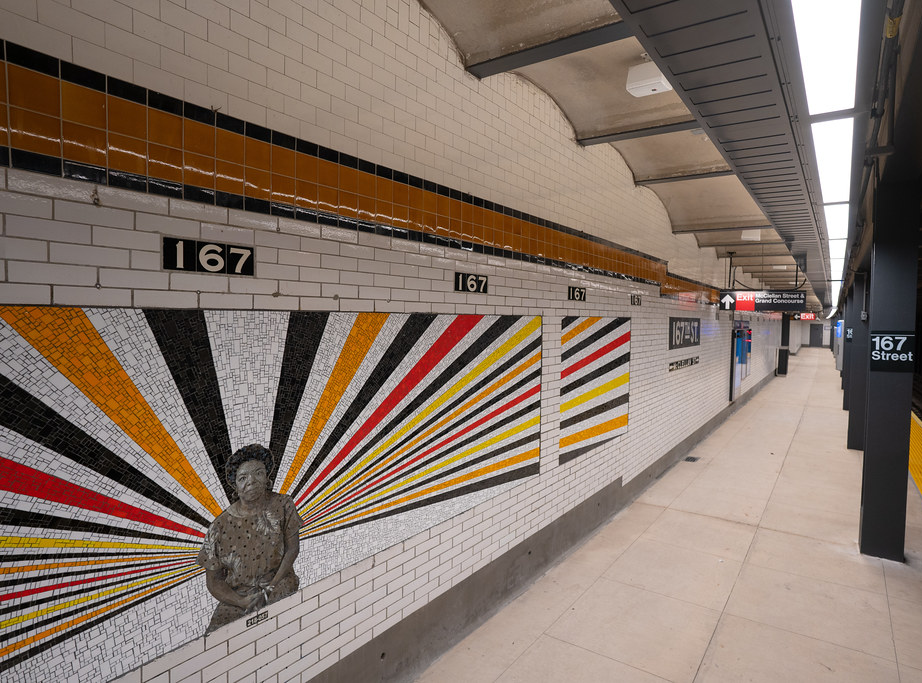 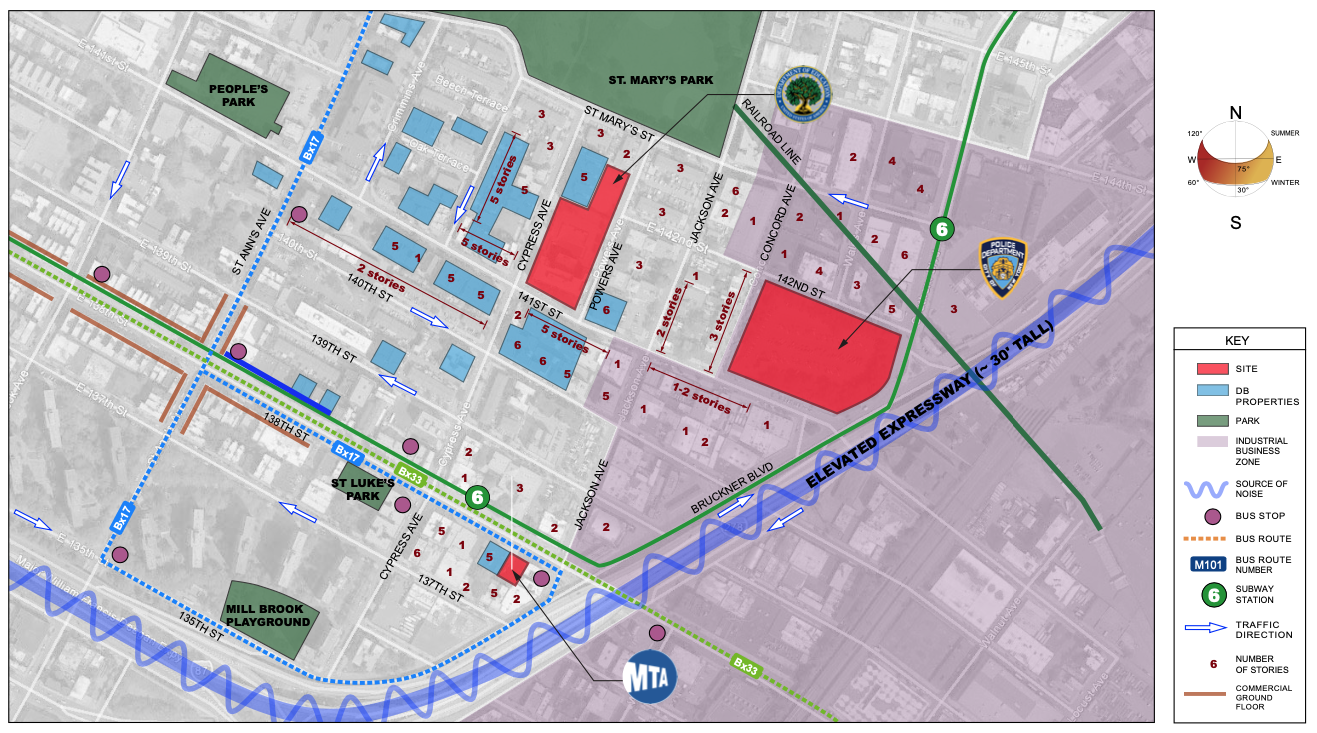 A Community That Needs Investment 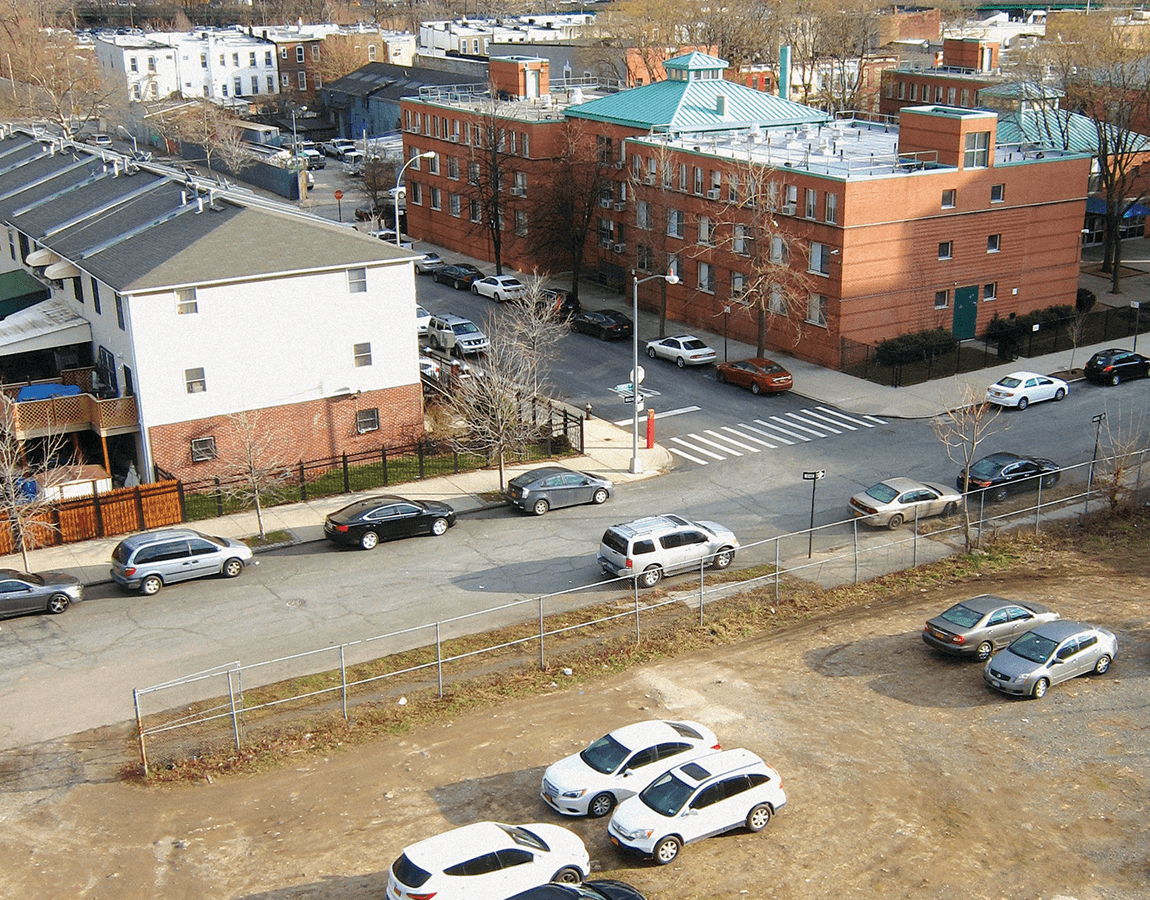 Build career path training and local hiring programs and create a multi-story manufacturing facility that can act as a center for industrial jobs. 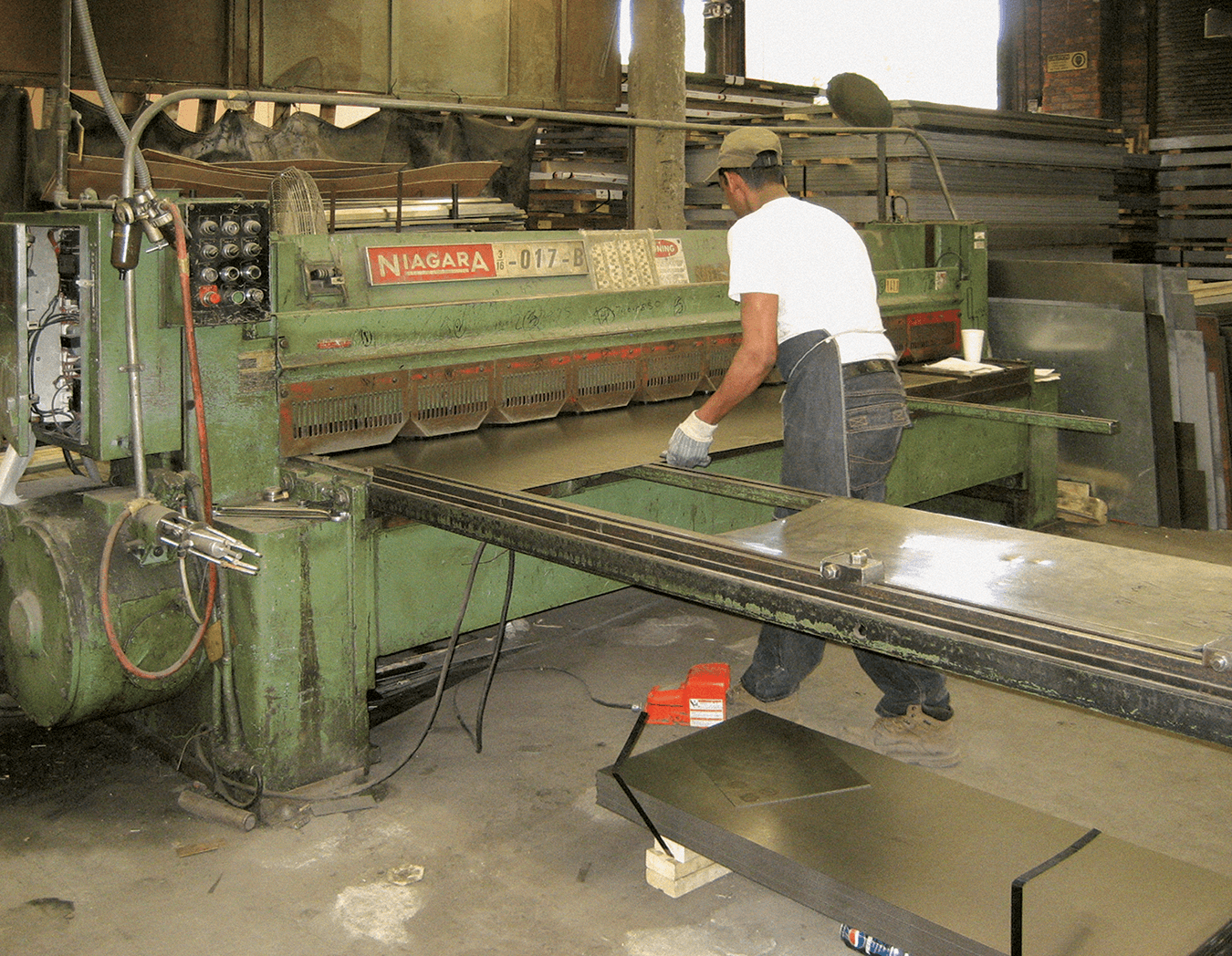 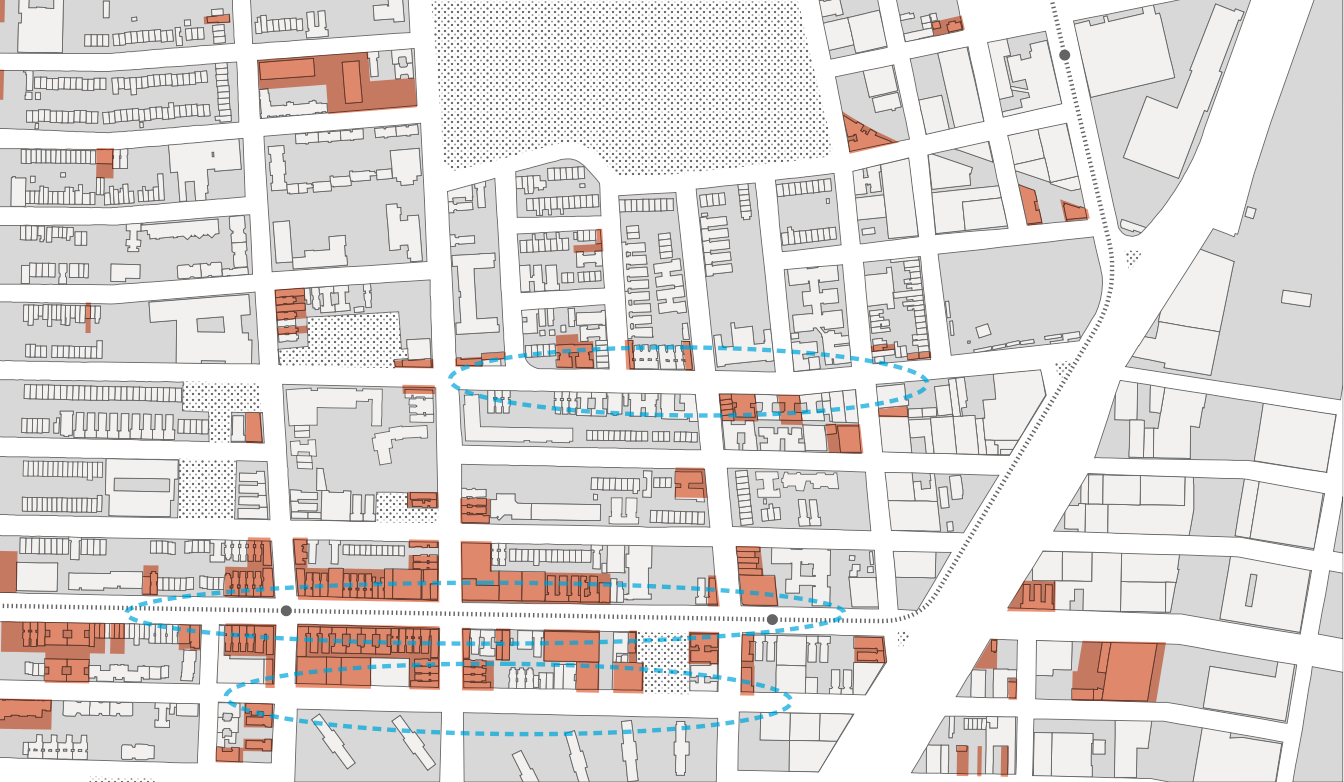 This site is an unimproved vacant lot owned by MTA New York City Transit and is currently used for parking a single truck, largely to deter illegal uses of the site that have occurred in the past. The site is steps from the entrance to the uptown Cypress Avenue 6 train platform and adjacent to a Diego Beekman building at 694 East 138th Street.

The proposed development would be eight stories—with the top story setback from the streetwall. The building would house 33 units of housing affordable at 30%, 60% and 80% of AMI. There would also be 6,000 square feet of commercial space on the ground floor, with the goal of locating locally desirable retail, such as a restaurant, laundromat, or clothing store.

This development is intended to be in scale with surrounding development and to continue the retail streetscape of East 138th Street. The building would be designed to preserve the light and air for the near-lot-line windows of the adjacent Diego Beekman building. 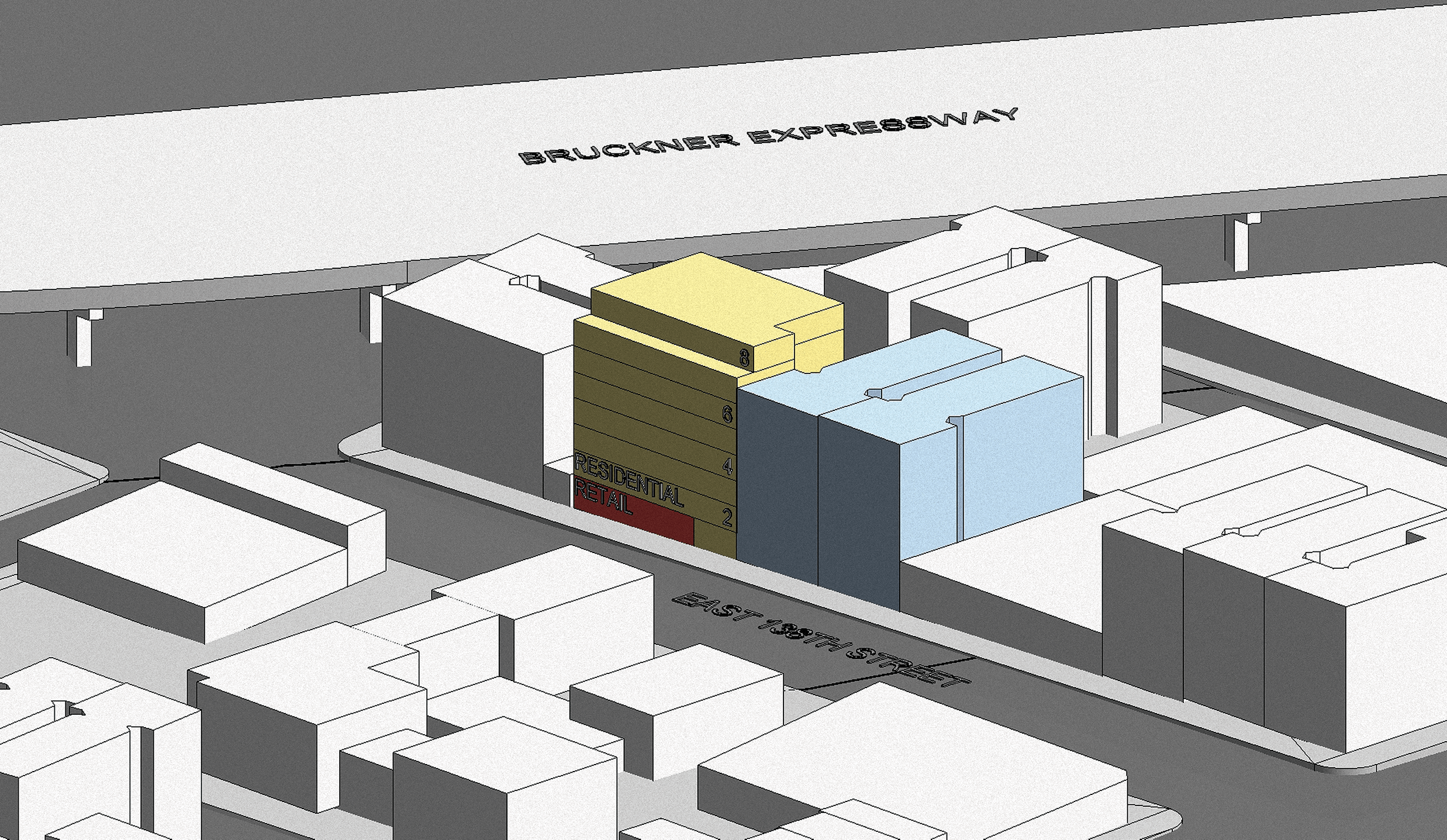 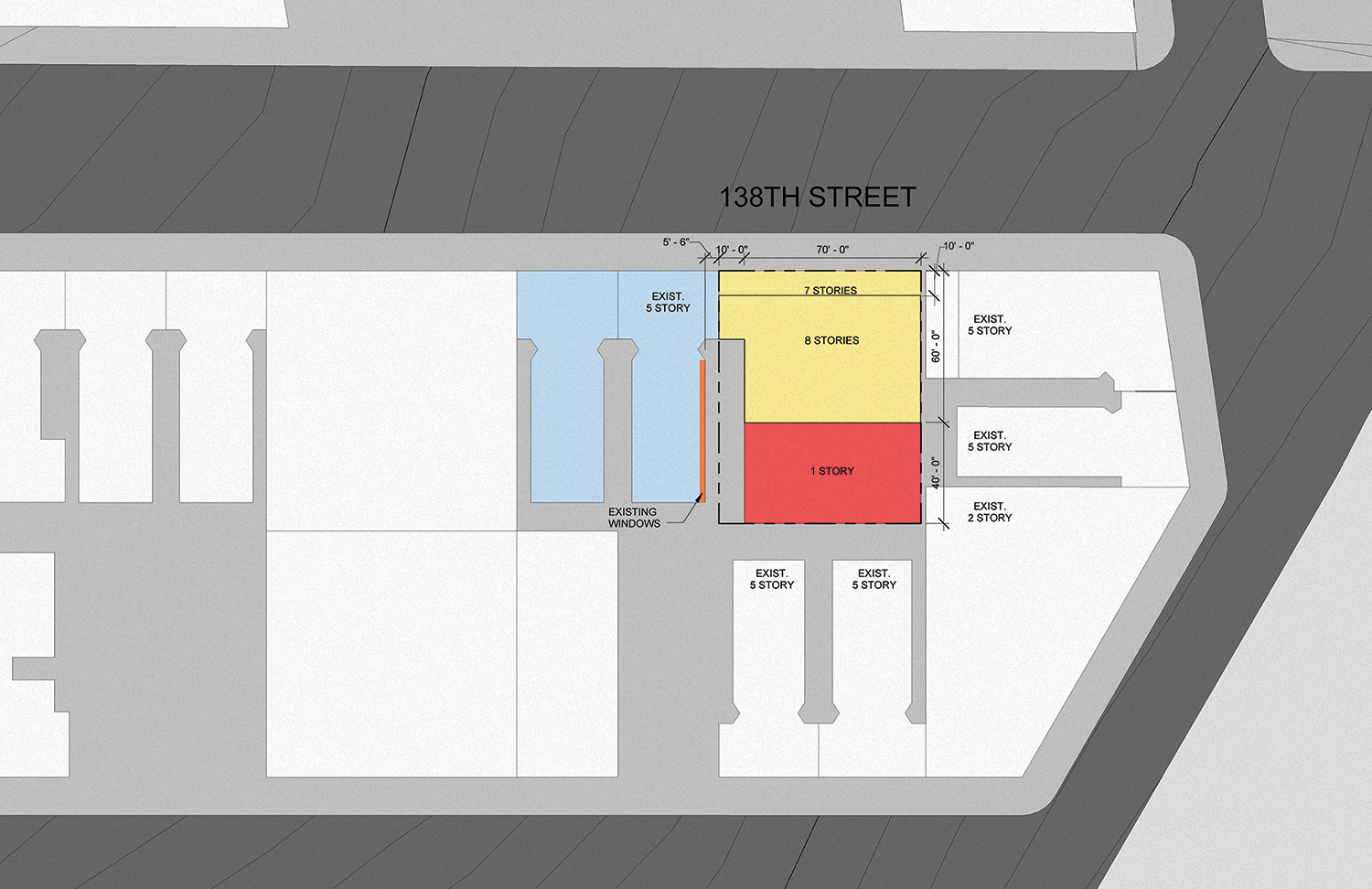 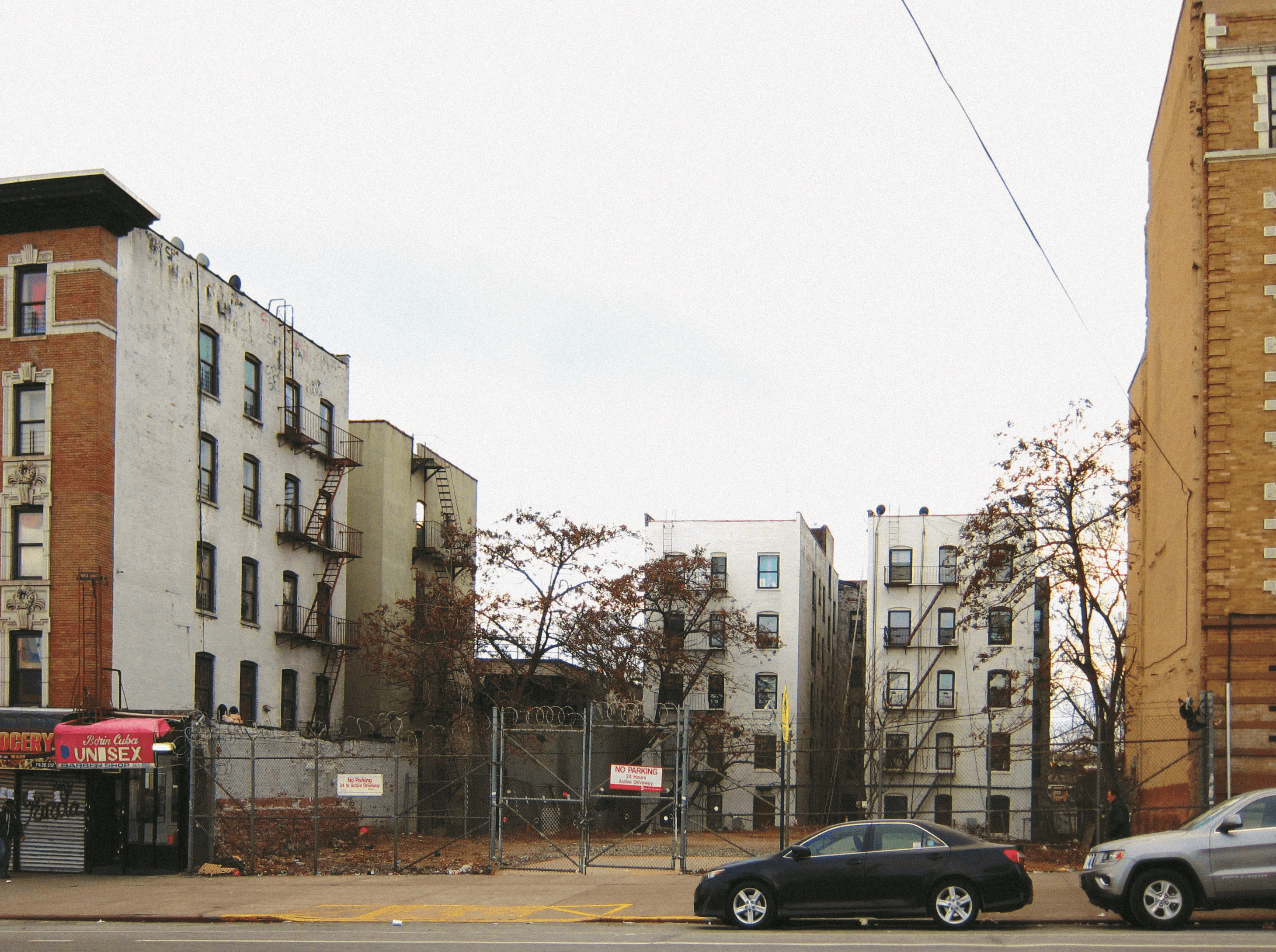 This site is the unimproved parking lot behind the PS 65 playground, about a half block south of St. Mary’s Park. The 17,400-square foot parcel is on the same tax lot as the school and therefore can draw on the unused development rights of the playground area. The site backs up to an existing Diego Beekman building and is currently used by teachers at the school for parking.
‍
The proposed development would include housing, community space, and other amenities. 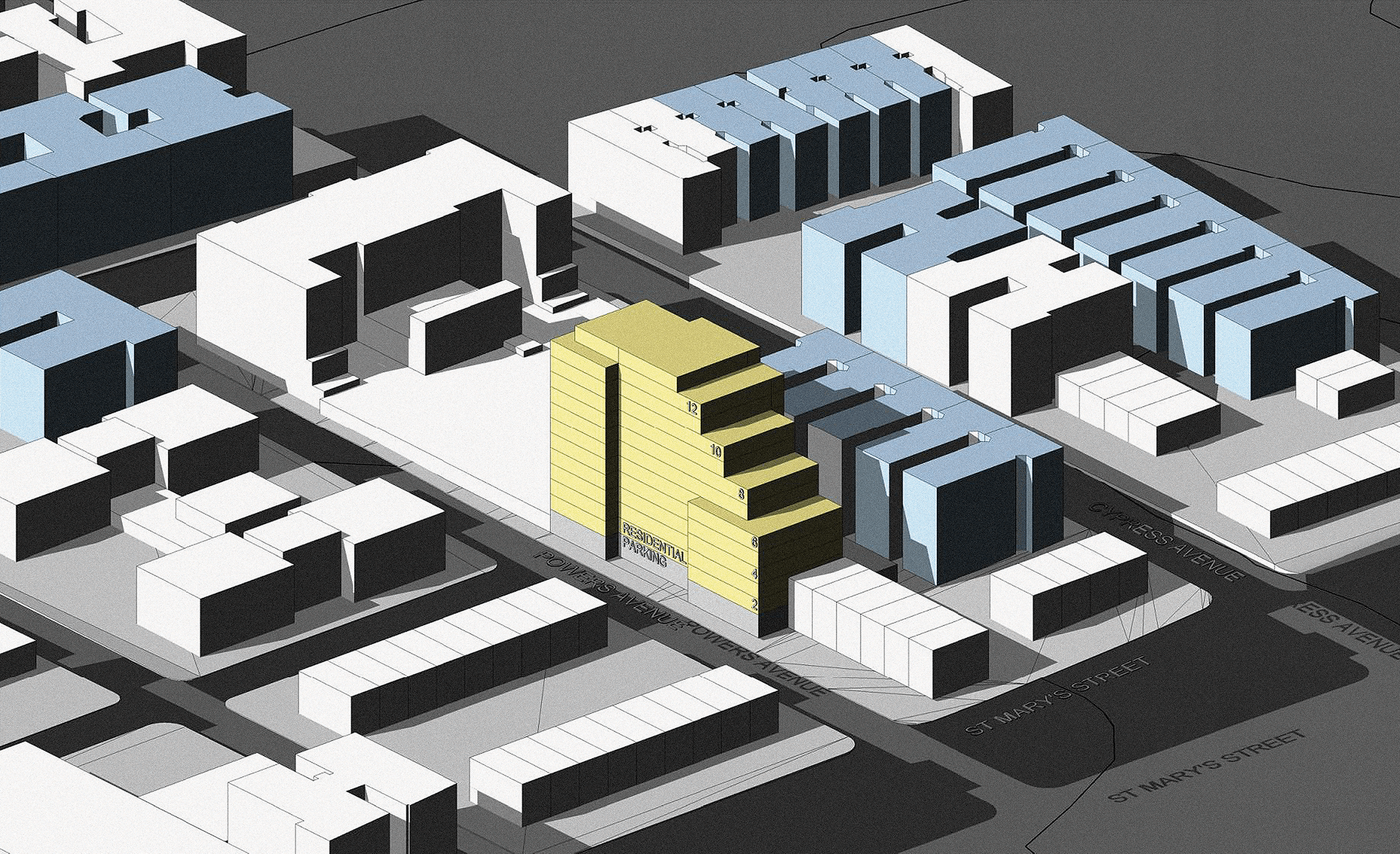 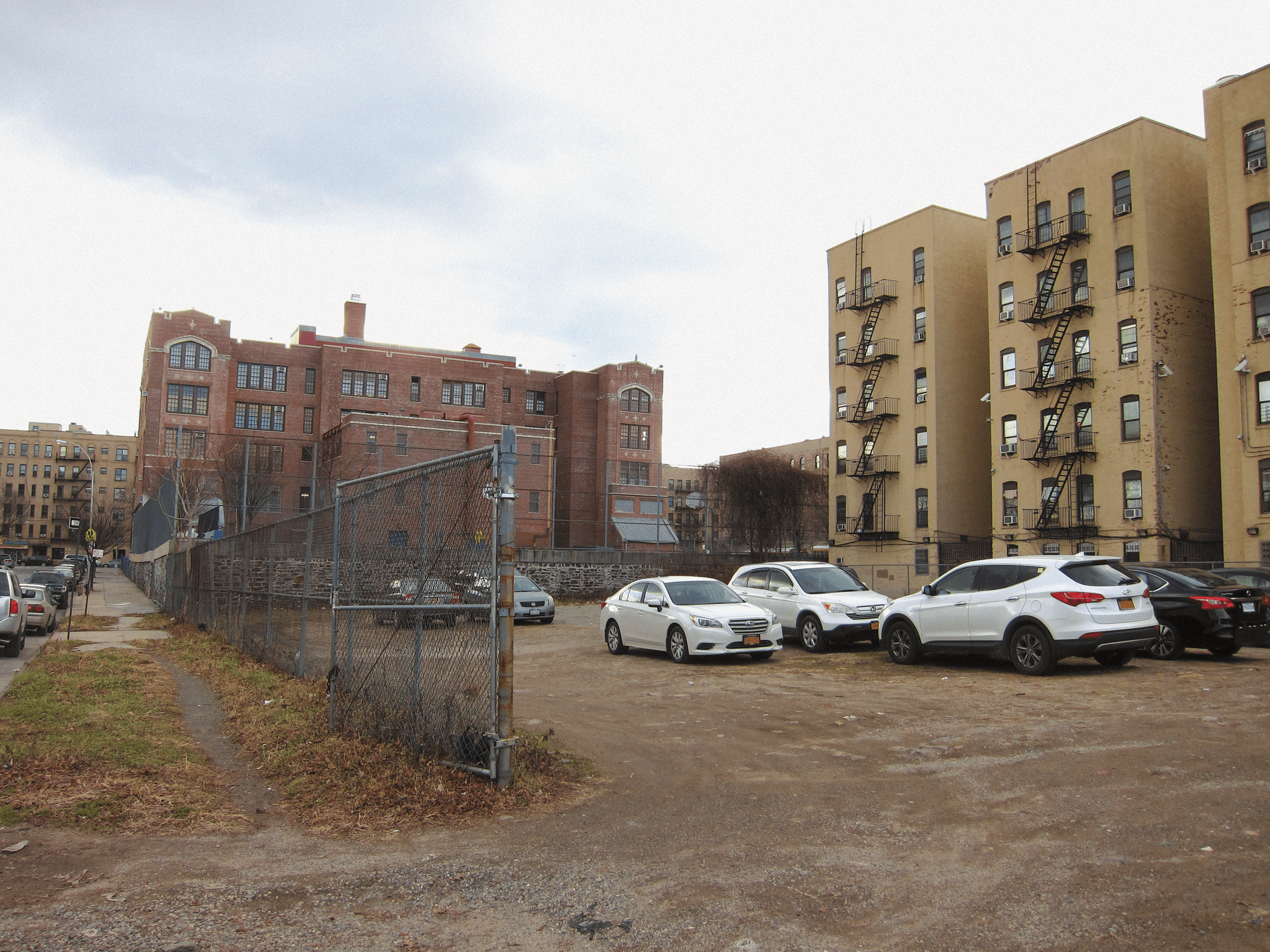 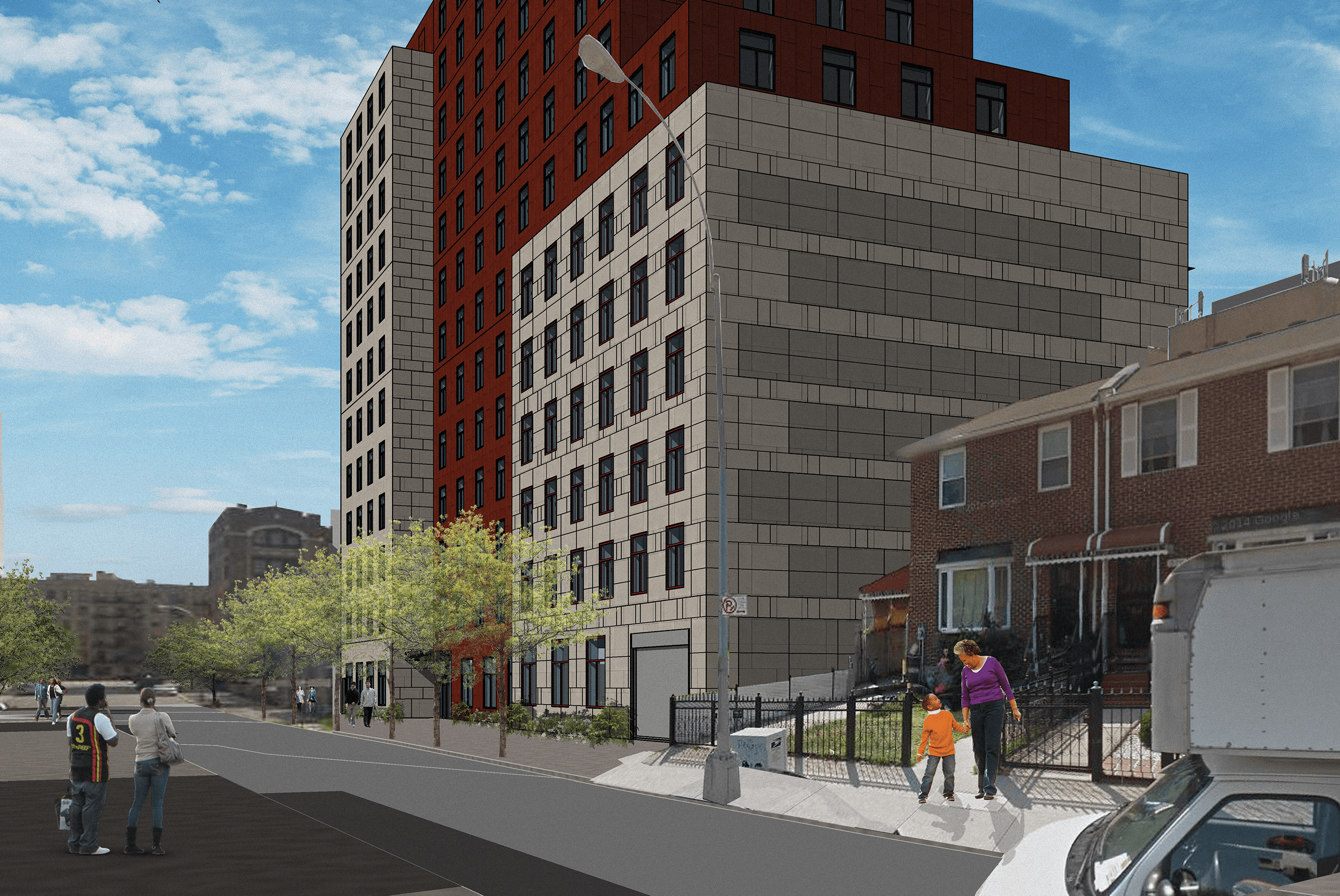 This 4.3 acre site currently houses the Bronx NYPD Tow Pound, which houses roughly a dozen tow trucks, 75-150 impounded cars, and several trailers used as administrative offices. The site was the home of Lincoln Hospital until the 1970s. The debris from the hospital is said to not have been removed from the site, and substantial above-grade bedrock is extant, presenting challenging conditions. The site is bordered by manufacturing and low-end commercial uses on the North and South, the Bruckner Expressway on the East, and a block of historic three-story row houses on Concord Avenue on the West.

Currently, this site has been selected by the City as a location for a new jail, as a part of Mayor de Blasio’s Borough-Based Jail Plan. Prior to the site’s selection our plan called for dividing the existing superblock into two sections, reestablishing the historical alignment of Wales Avenue and delivering housing, commercial space, and community facilities. We are committed to working with the City on the best use for this site. 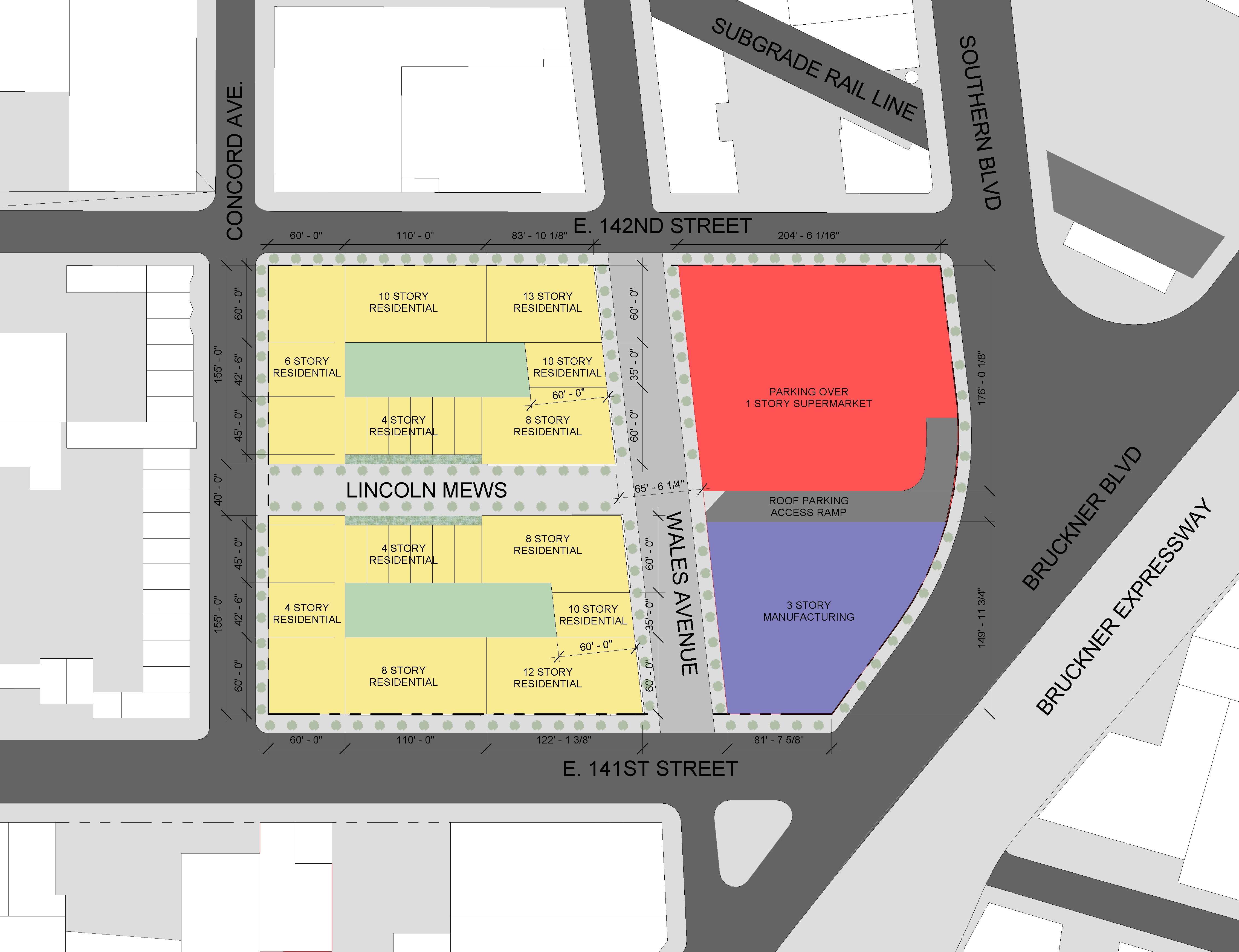 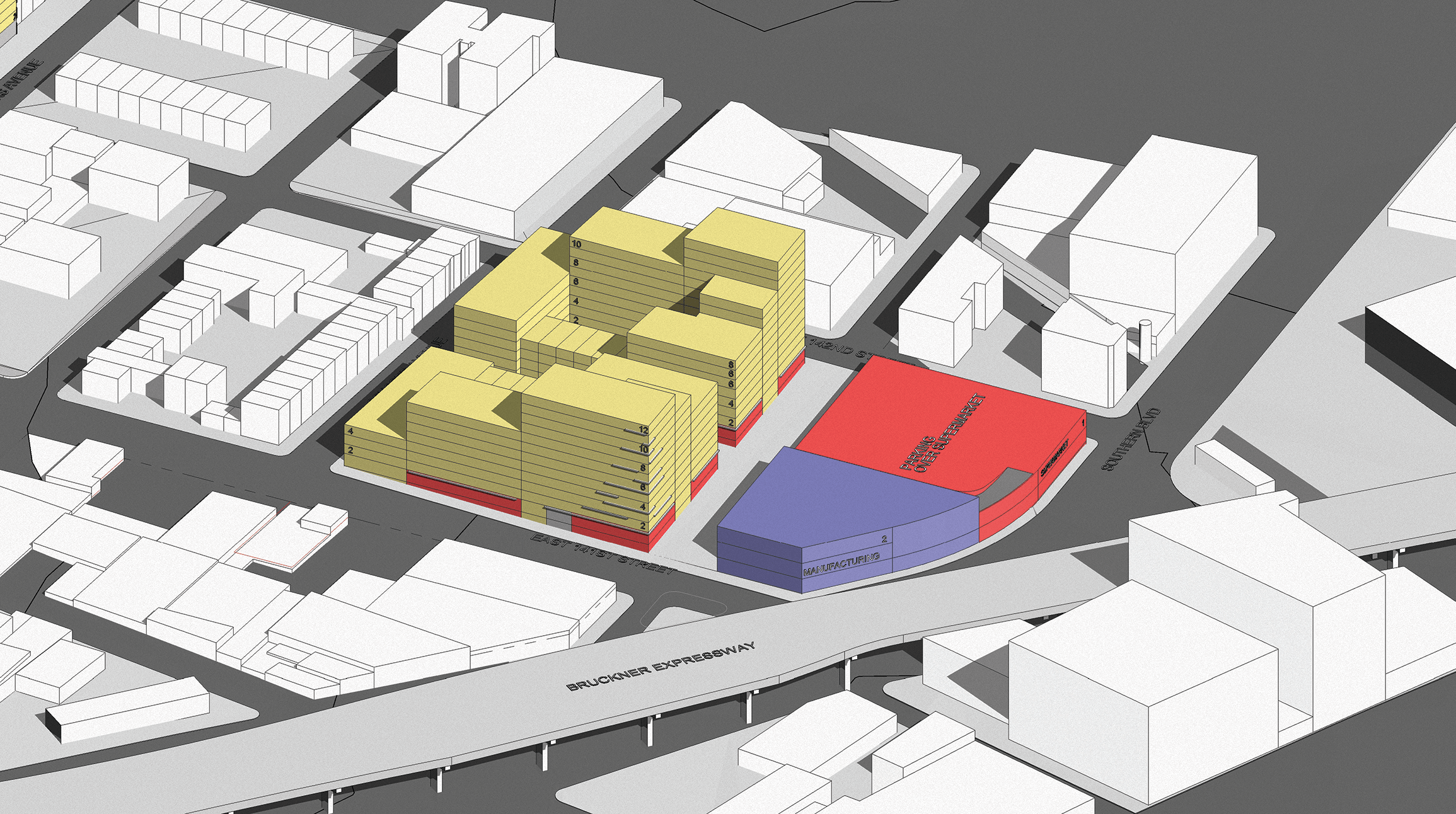 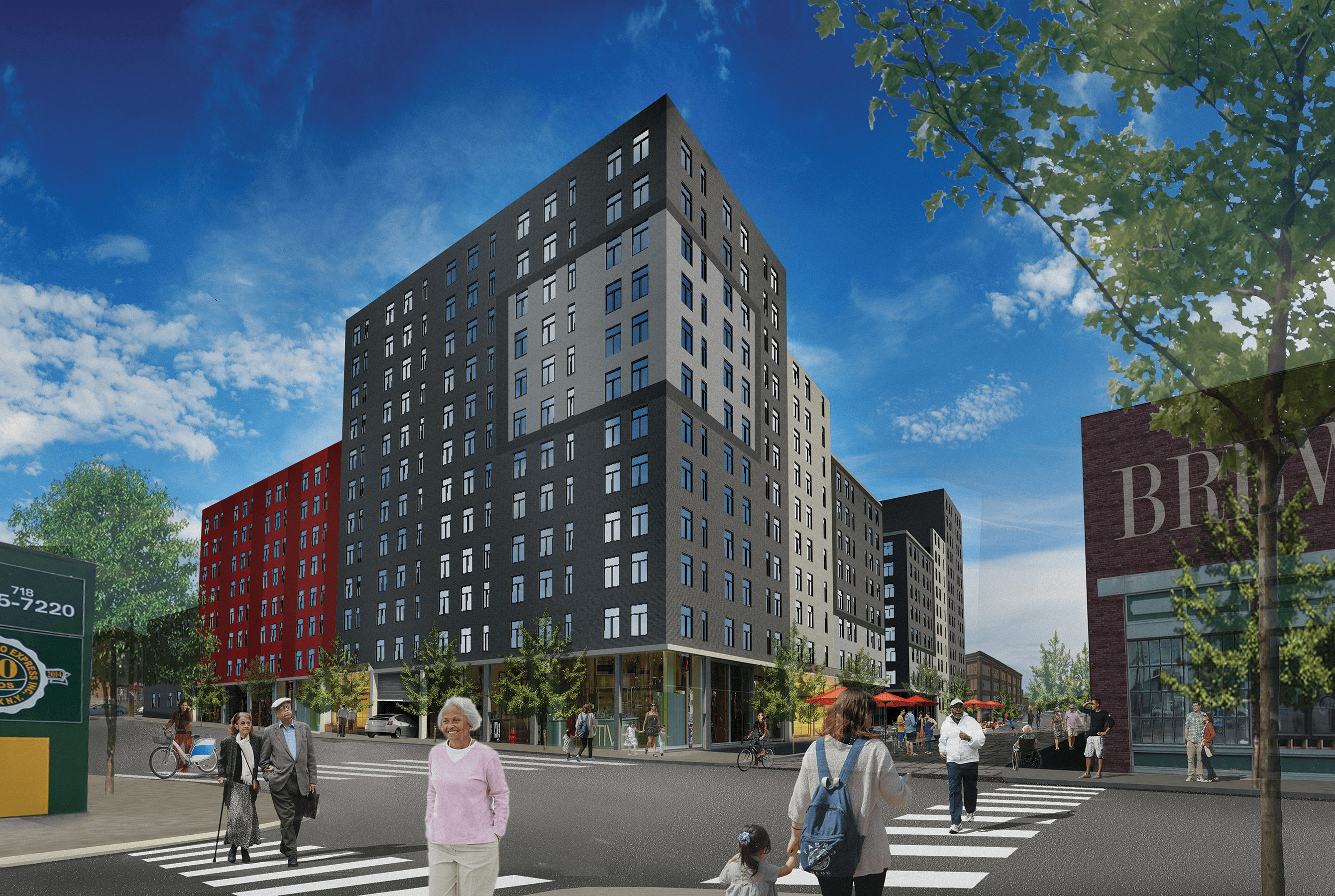 Stand with us in support of a community-based plan that works for all of Mott Haven and tackles historical disinvestment in the community.

Thank you! Your submission has been received!
Oops! Something went wrong while submitting the form.